Strong pace for Odendaal in Australia

Tricky and constantly changing weather conditions with rather chilly winds were reigning on Phillip Island, Australia, that hosted round seventeen of the 2018 Moto2 World Championship. The 4,4km-long magnificent circuit with its many fast corners suited Steven Odendaal and his NTS machine of Team RW Racing GP as the pair were off to a promising start already on Friday, despite tricky, albeit dry, conditions (17th and 15th position in FP1 and FP2 respectively). 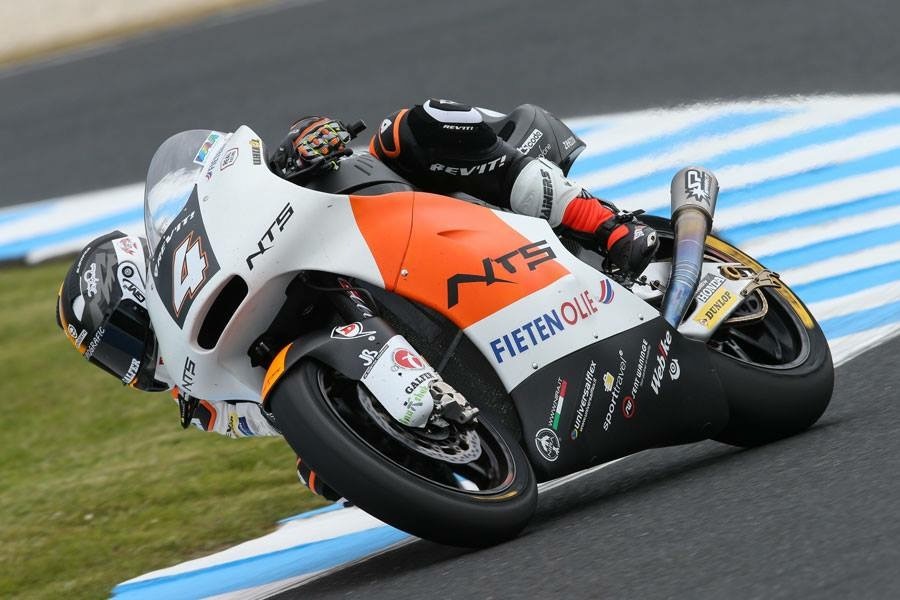 “The bike felt amazing around Phillip Island. Unlike Motegi or Sepang, there are no hard braking points but many fast corners, which suits us. We were one second off the front on Friday and Saturday morning and I already knew that we had the pace to fight for a very nice result on Sunday. Unfortunately the wind was so strong in qualifying and I was not able to find the same rhythm I had in practice. We had to start the race from 26th on the grid, which meant I had a lot of work to do on Sunday. Throughout the whole race I was doing the same lap times as the leading group, which is very positive. Had we started closer to the front, we could have been up there fighting with the Top10 this weekend. I believe that we were capable of a lot more than P17, so the main target for Malaysia is now to have a better qualifying to be able to show our real potential. I finished the Australia Grand Prix only 15 seconds behind the race winner, which is the smallest gap to the front I have ever had. Sepang has many heavy braking points so we will need to work on the set-up first to assess how competitive we can be, however, I am already looking forward to the last race overseas and then Valencia for the season’s final. I will do my best to finish the season on a high note, learning as much as I can to come back even stronger next season.”