Catalunya GP: “We have learned a lot again this weekend.”

Round 7 of the 2018 Moto2 World Championship took place this weekend on the modified, resurfaced circuit of Barcelona-Catalunya. Teams and riders were facing scorching track temperatures once again throughout the whole weekend, with rear grip being one of the biggest concerns not only for Steven Odendaal and his RW Racing Team. 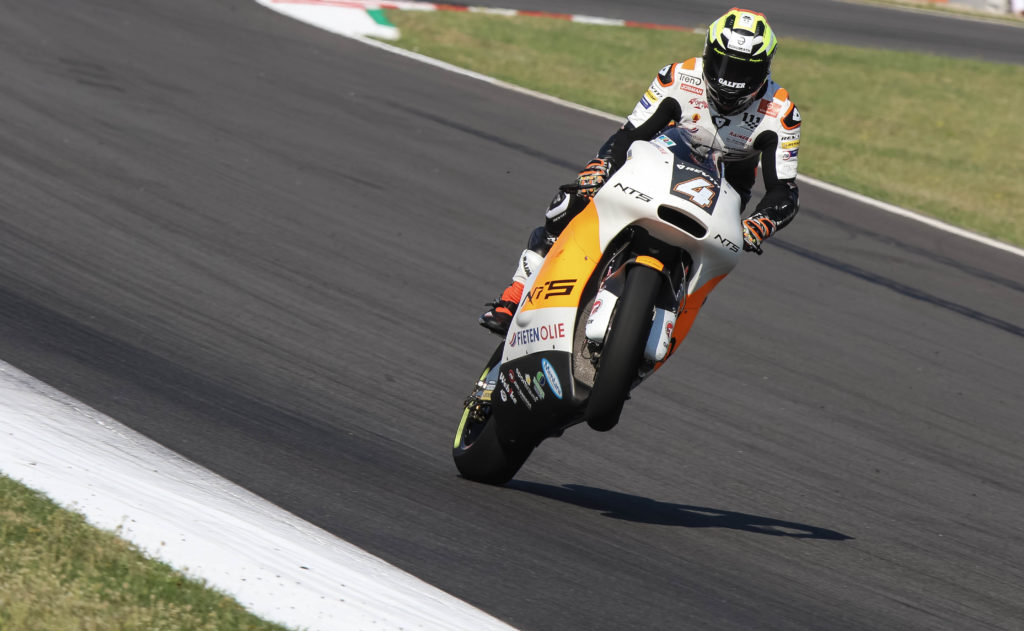 Steven Odendaal (18th): “We were off to a good start on Friday. Barcelona is a circuit that I know, which was a big benefit. The team and I worked hard to find the best solution for the race and we had one of our most competitive practices, finishing 0.9 off the front. I did not manage to do a proper lap in qualifying, which was a bit disappointing, but we were still confident for the race. Starting from 25th on the grid is never easy, but I had one of my best starts of the year and managed to move up to 17th position with consistent and competitive lap times before a bit of tyre degradation forced me to give up one position. Our set-up was maybe a bit too aggressive for the tyre but I am still happy with the race. We just need to find a way to make the tyre last longer to be competitive until the end. I am looking forward to the up and coming test in Aragon where we can work on finding these improvements. The next race will be the team’s home race in Assen and I really hope we can do a nice job there in front of our sponsors and local fans.”
The NTS team will be testing on Wednesday and Thursday in Aragon before returning to action on Friday 29 October for the Dutch Grand Prix.