Le Mans GP: Odendaal and NTS close to the points once again

The 4.2 km-long legendary circuit of Le Mans, in the Pays de la Loire region of France, hosted the fifth round of the 2018 MotoGP World Championship last weekend, amidst yet another series of French (rail) strikes but with rather surprisingly pleasant weather conditions compared to previous years. Despite cooler temperatures in the mornings, the sun was shining throughout the whole weekend, welcoming over 100,000 local fans on race day. Steven Odendaal and his team RW Racing GP arrived here with a view to confirm their improvements achieved since the beginning of the season, especially during the last race in Jerez, where Odendaal was fighting for the points (Top-15). 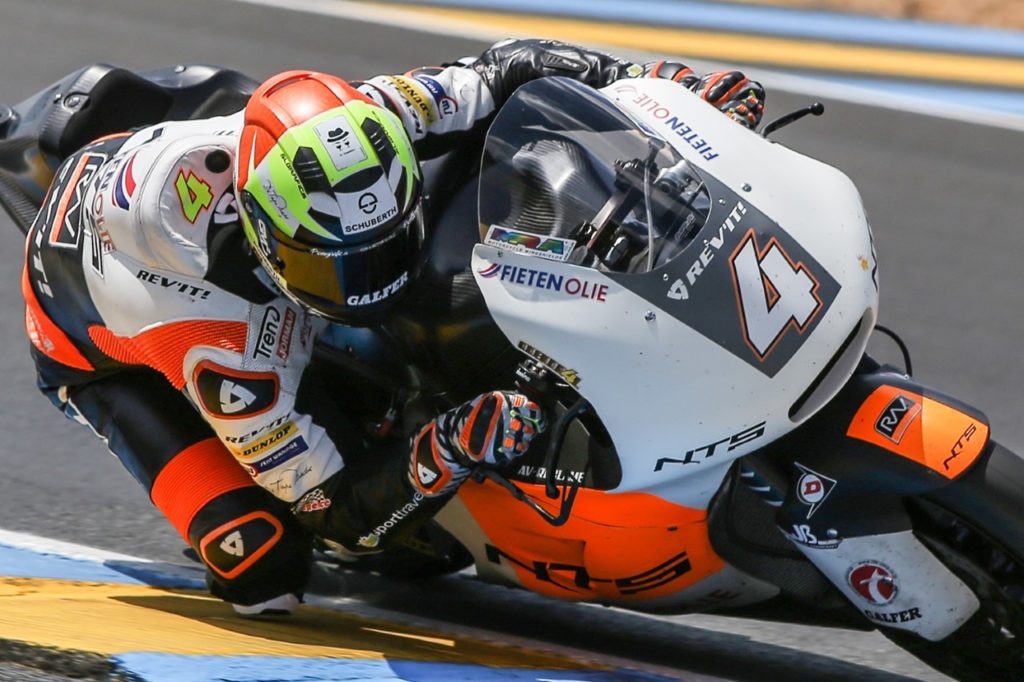 “We are still collecting data and experience with the NTS and once again it took us a while to find a reasonably comfortable set-up for the race. I am always much stronger in the race than in practices, which shows we just need a bit of extra time to gather information. Starting from 26th on the grid is always difficult when your objective is to score points. However, we tried our hardest and I had nothing in spare. Finishing the race in P17 from 26th on the grid, our best result so far, is positive, also considering that our lap times were very close to the guys fighting for 11th /12th  position. We tried many different things during the weekend in order to find improvements and I am happy with the amount of effort the team is putting in. We had a very positive test on Monday after the race where we managed to improve our best lap time from the weekend and find a few things that will definitely help us to be more competitive in Mugello. We might be trying a new chassis there so let’s see how it goes – I am already excited to be there and continue working as hard as we can. Thanks to my team for always giving their 100%.”